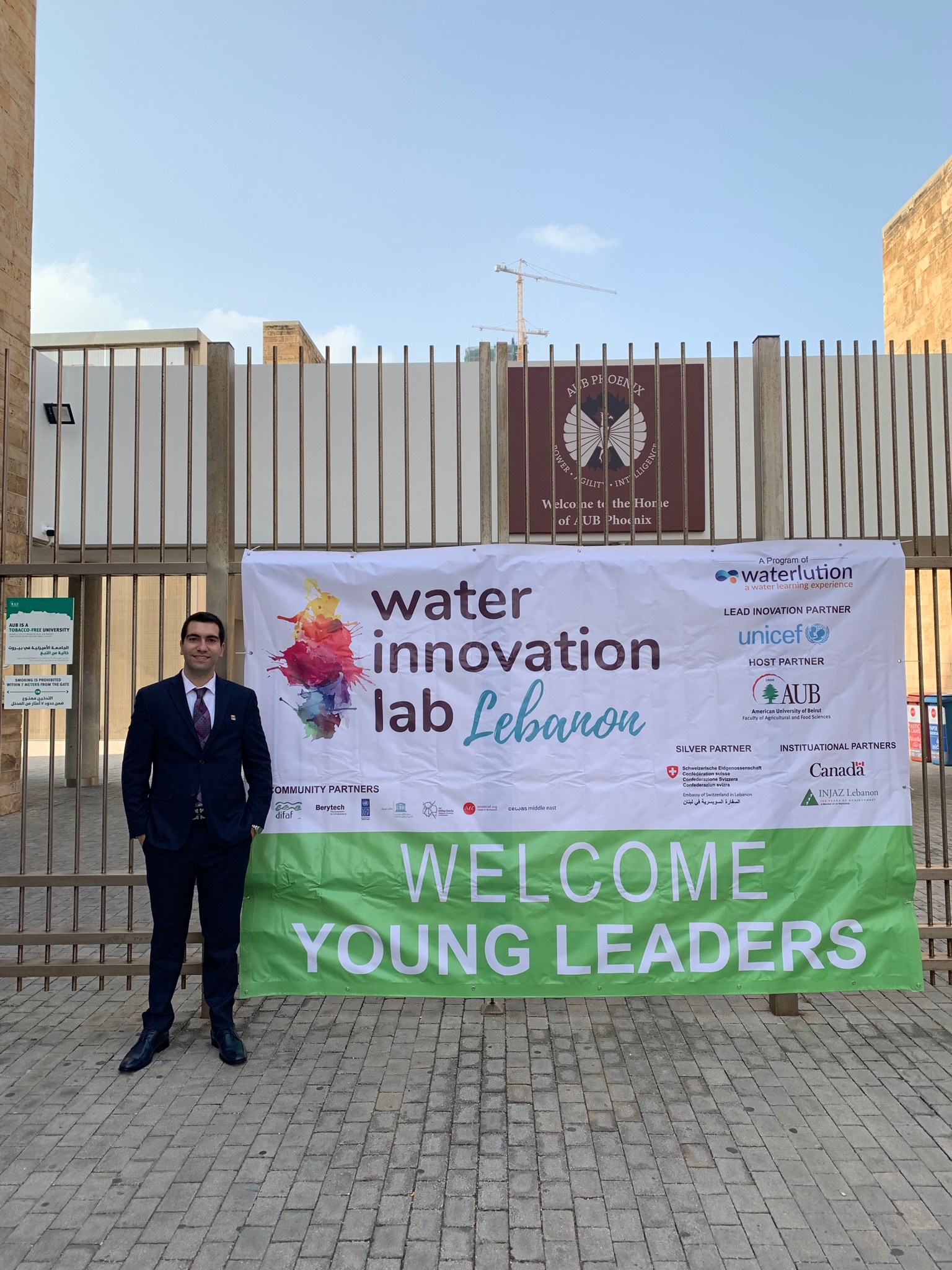 Los Angeles Beirut Sister Cities sponsored the participation of Ahmed Jaber, a Civil Engineer with the City of Los Angeles – Department of Water & Power; to participate in the International Water Innovations Lab (WIL) in Beirut from June 8-14, 2019. Jaber, a California native of Lebanese origins, works in water resources planning and management and attended as representative of the LABSC.

The first WIL in the Arab world took place in Lebanon in both the Capital Beirut and the Northern Bekaa Valley Region. The WIL aims to support future water leaders to think holistically, design innovatively, and communicate effectively across cultures. WIL in Lebanon explored the water security issues that face a country in an arid region, amidst water allocation and management challenges around water scarcity, with a growing population and climate change impacts. Read more about WIL here.

Jaber’s journey started at the American University of Beirut (Day 1) where he met the WIL coordinators and attendees. “From day one we got to visit River Beirut which splits 2 major cities (Beirut and Burj-Hammoud),” he said. “This river, 20-mile long, once was a naturally flowing river, but has been channelized and became a dry river for the majority of the year. It is now flowing sewer waste straight into the ocean.”

The rest of the week was spent in the Beqaa Valley where he had multiple field visits touring a dairy plant, pickle plant, as well as witnessing firsthand the Litani River starting point and its flow down to a wastewater plant at Jeb Janine and how the waste was treated and disposed of back in the river. Participants spent 3 days in groups coming up with a solution for these water challenges. “Our group of 3 people presented a “Smart Water Village” – a pilot project we hope to try in a small village called Tal El Zaazaa,” said Jaber.

His team’s project was awarded by the Swiss Agency for Development and Cooperation (SDC) as the “Most Needed Solution”, and the SDC will work with the team to provide funding and help test this pilot program.